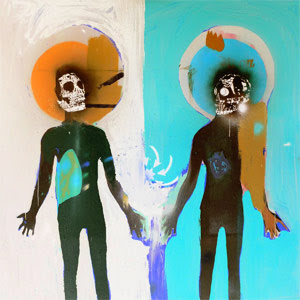 "Lead track 'Splitting The Atom' features D, G and Horace Andy, while TV On The Radio frontman Tunde Adebimpe guests on 'Pray For Rain'. The EP also has remixes of two new tracks. 'Psyche' featuring Martina Topley-Bird mixed by Van Rivers & The Subliminal Kid, while the Guy Garvey fronted 'Bulletproof Love' is stripped back to a minimalist reworking by Christoff Berg.

Exclusive play of 'Splitting The Atom' on Radio 1 tonight - Zane Lowe has picked it as his 'Hottest Record In the World Ever' and will play it in his show tonight.

The band will release their fifth studio album in February 2010. This time around sees collaborations with Damon Albarn, Hope Sandoval, Martina Topley-Bird, Guy Garvey and Tunde Adebimpe. More news on this soon..."

Retro Is The Future...

Thanks to Nutriot for the link.

A classic from the legendary comedy duo Cheech & Chong: