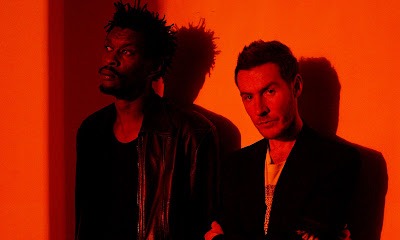 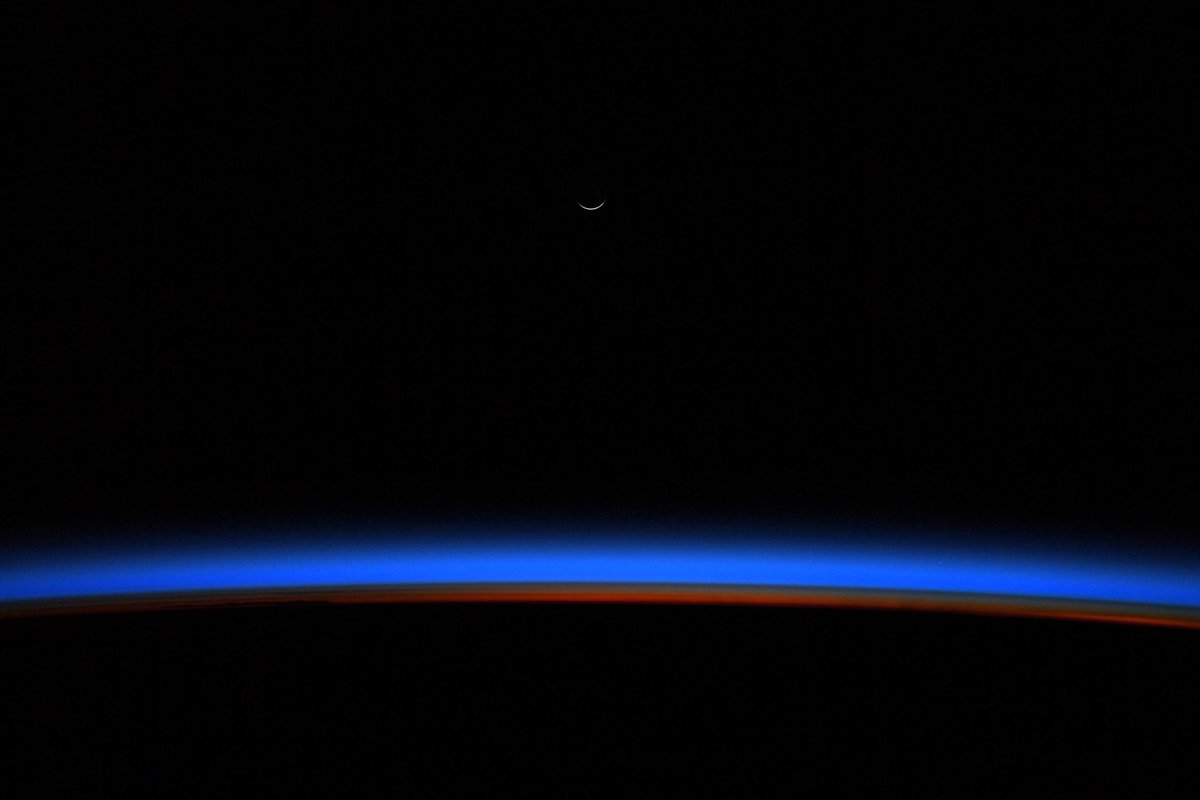 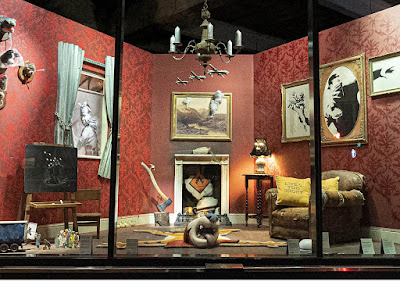 Due to a legal threat over his trademark, Banksy was compelled to create a pop-up shop in Croydon, London to promote his new online store featuring exclusive, limited edition art created by the notorious street artist. 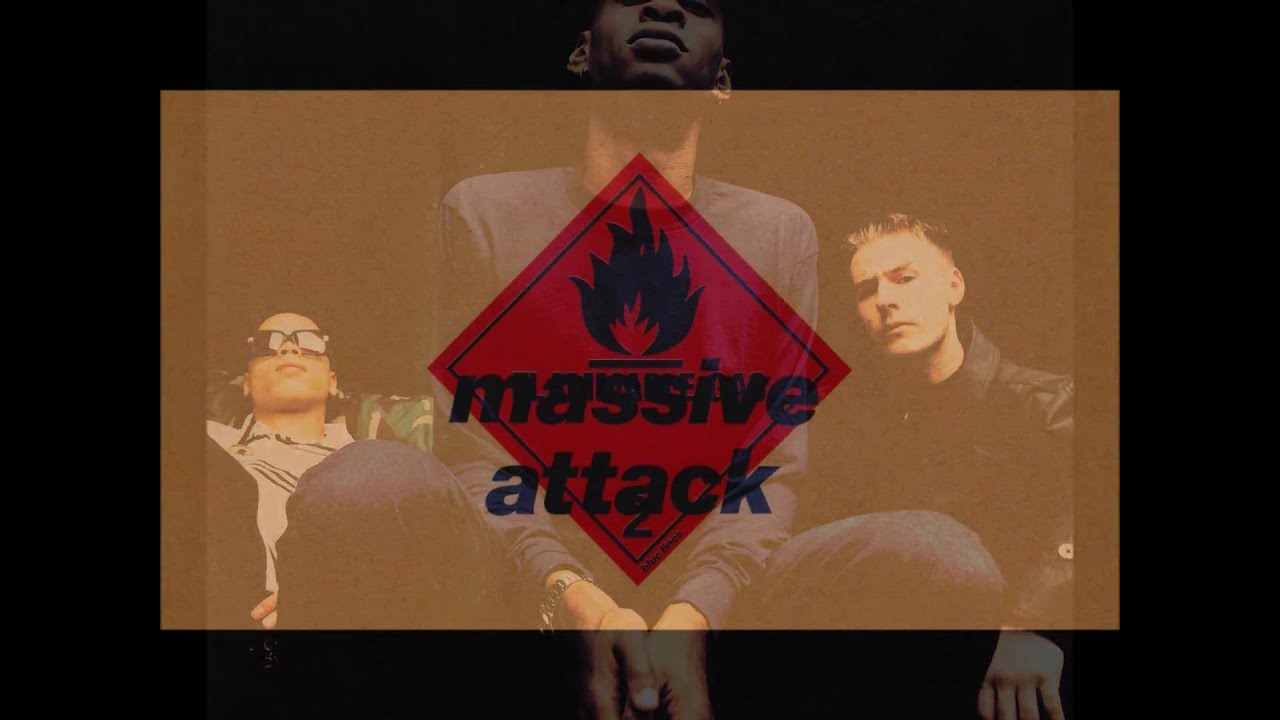 Notably, in the background, within the fireplace, is the same image featured on the cover of the classic Trip Hop album, "Blue Lines" by Massive Attack. A coincidence? A homage to his fellow Bristol mates? Or a subtle clue to Banksy's true identity, Robert Del Naja?

The Beat AKA The English Beat, emerged during the rise of Punk & 2nd generation Ska in the U.K. during the late 70's. The Beat featured lead vocalists Dave Wakeling and Ranking Roger, whose unique and infectious harmonies fronted hits like "Mirror in the Bathroom", "Save It for Later", "Too Nice To Talk To", "I Confess", and "Sole Salvation". During their meteoric rise, they toured with legendary artists David Bowie, the Clash, the Police, the Pretenders, R.E.M., Talking Heads and the Specials. Dave Wakeling recalls when Bowie ran up and said: "You're the best opening band I've ever had. Will you please come on tour to America with me?" Unfortunately, Dave Wakeling had already decided that he wanted to leave the band.

VH! valiantly tries to reunite the original members of The Beat

Personally, I was crushed when The Beat decided to break up in 1983, especially on the heels of the Specials split a year earlier [forming Fun Boy Three & the Special AKA]. I understand that creative differences and, of course, money, influence the life-span of a band, but The English Beat were at their pinnacle following the release of "Special Beat Service" in 1982. In their wake came the offspring of their demise, General Public featuring Wakeling & Ranking Roger, and Fine Young Cannibals, formed by two of the remaining members, bassist David Steele & guitarist Andy Cox, along with a new lead vocalist, Roland Gift.

This flashback fast-forwards to a full-stop with the news that Ranking Roger passed away in March after losing his battle with cancer at the age of 56. Up until his death, Ranking Roger remained active. He re-formed The Beat with original members Everett Morton (drums), and Saxa AKA Lionel Augustus Martin (saxophone). Ranking also contributed to several projects, including collaborations with Sting, Big Audio Dynamite, Dubxanne featuring music of the Police, and Easy Star All-Stars Dub reinterpretation of The Beatles "Sgt. Pepper's Lonely Hearts Club Band".

Being for the Benefit of Mr. Kite! [Featuring Ranking Roger]
Posted by Ras Jim No comments:

David Gilmore, legendary guitarist of the seminal band, Pink Floyd, is auctioning his collection of guitars, 120 in all. The auction will be held at Christie's in New York City, and all proceeds will benefit charitable causes.

"These guitars have been very good to me and many of them have given me pieces of music over the years. They have paid for themselves many times over, but it's now time that they moved on. Guitars were made to be played and it is my wish that wherever they end up, they continue to give their owners the gift of music. By auctioning these guitars I hope that I can give some help where it is really needed and through my charitable foundation do some good in this world." - David Gilmore

Christie's interview with David Gilmore [and some of his guitars]


The highlight of the auction will be The Black Strat, 'the iconic Fender Stratocaster played on The Dark Side of the Moon, Wish You Were Here, Animals and The Wall.'

"Between 1970 and 1986, The Black Strat was Gilmour’s primary performance and recording guitar, and was key to the development of the Pink Floyd sound. It was played in the recordings of landmark albums such as the 1973 masterpiece The Dark Side of the Moon, which includes the track Money and is widely regarded as one of the greatest LPs of all time; Wish You Were Here (1975), featuring the track Shine on You Crazy Diamond, which Gilmour reveals ‘came out of’ The Black Strat; Animals (1977); and The Wall (1979), which features Gilmour’s legendary guitar solo on Comfortably Numb." - Christie's

According to David Gilmore's site: "A global tour of the collection will launch in London at Christie's, King Street, from March 27-31, 2019, where the full collection will be on display, followed by highlights in Los Angeles May 7-11, and then the New York sale preview ahead of the auction from June 14-19. During the exhibitions, sound experience will be provided by Sennheiser."

The ground-breaking UK band, Massive Attack, are re-issuing their classic album, Mezzanine on April 19th. Mezzanine, a Trip Hop and Dub masterpiece, was ranked number 15 in "Q Magazine’s 100 Greatest British Albums Ever". Now, after twenty years, the iconic release by Massive Attack has been remastered and will feature unreleased Dub remixes by the legendary, Mad Professor.^

Along with the 3 color vinyl pressings, and 2CD set, there will also be a DNA release encapsulated in a aerosol spray can. The album’s 'digital audio files were converted into 920,000 short DNA strands which were then stored in 5,000 miniscule glass spheres'. Mezzanine was the second-largest file ever stored using DNA. 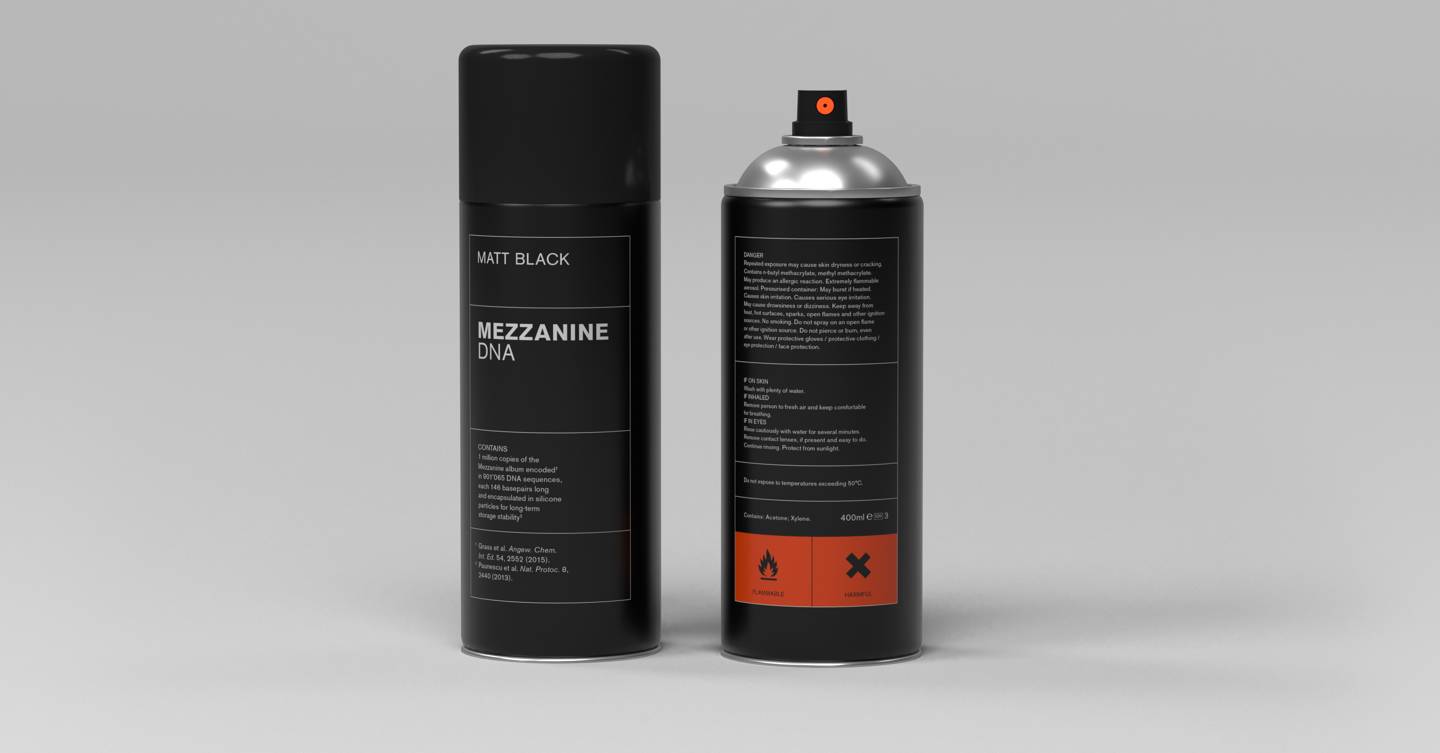 The spray can is considered a homage to graffiti artists, including founding member Robert Del Naja AKA 3D, who has long been suspected to be the one and only, Banksy. 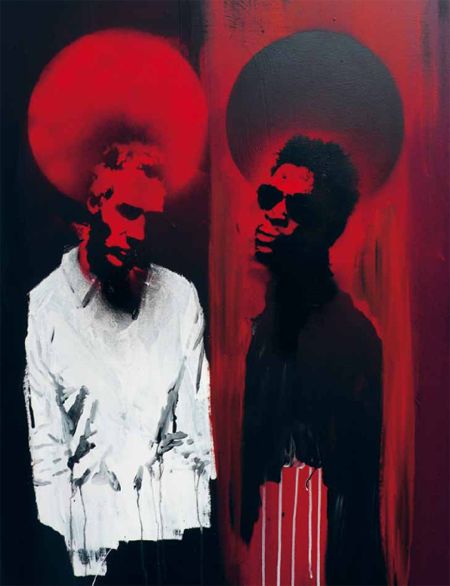 Here are some of the rumors and/or evidence supporting this theory:

"8 signs Massive Attack's Robert Del Naja is mystery artist" Banksy, presented by UK's Independent newspaper. The Daily Mail also weighed in on the subject, quoting journalist Craig Williams, who says he’s got compelling evidence that Robert “3D” Del Naja is also the anonymous street artist Banksy, 'known for his cheeky stencil work and other street art projects worldwide'. 'Again and again Williams claims, murals pop up in cities where Massive Attack has staged concerts, shortly after the performances take place. Not only that, but Del Naja was a graffiti artist in the 1980s and professes to be friendly with Banksy.'

According to NME, "Goldie may have accidentally made reference to Banksy’s true identity during a recent interview. Speaking to Scroobius Pip for his Distraction Pieces podcast, the legendary DJ can be heard referring to Banksy as “Rob” (or “Robert”, as some listeners appear to hear). Goldie then added: “No disrespect to [Rob/Robert], I think he is a brilliant artist. I think he has flipped the world of art over.”

The film soundtrack for Banksy’s documentary ‘Exit Through The Gift Shop; features original music by Portishead’s Geoff Barrow & Roni Size, who both originate from Robert Del Naja's and Banksy's hometown of Bristol, England.

In support of the 20th anniversary reissue of Mezzanine, the band will be touring Europe:

月球的黑暗面 [The Dark Side Of The Moon]

China has made history...becoming the first country to land on the dark side of the moon.

The latest image taken from the surface provided by the Chinese Space Agency (CNSA).

And, of course, one of the greatest & most popular albums of all-time:

Pink Floyd's The Dark Side Of The Moon